Are there Treatment Centers for Teen Compulsive Disorders?

Yes, there are treatment centers for teen compulsive disorders. According to the many doctors and addiction specialists, teens are just as likely to suffer from compulsive addictions as adults are. A compulsive disorder is one that is characterized by a behavior that a teen is unable to stop despite its harmful consequences. Some of these addictions can cause both social and physical harm to the addict. There are either singular or combined treatment centers for all of these addictions.

Cutting is a disorder that rapidly becomes an addiction. Similar to other addictions of this nature, it starts as needing something under their control and then gradually morphs into an endorphin addiction rather than just being addicted to the cutting.

Similar to cutting, pain addiction is the addiction to the endorphins released when a person is in pain. This addiction might be to emotional pain or to actual physical pain depending on the person. 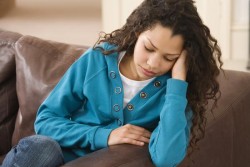 There are treatment centers available for most teen compulsive disorders, including Internet and social media addiction.

Addiction to a specific type of food is not uncommon in teens. Many struggle with obesity because of a food addiction to carbohydrates or complex sugars. This causes weight gain and usually depression in teens.

According to the National Library of Medicine, many teens suffer from eating addiction and eating disorders. This addiction can lead or be caused by:

These are very difficult to treat and usually require hospitalization in order to fully treat both the symptoms and the cause.

Internet addiction is becoming more common in both teens and adults. This is the inability to stop using the internet despite its harmful effects on social relationships, grades, and other aspects of their life. Many times internet addiction is more complex than it originally appears. It is an indicator for severe social anxiety, bullying, and other mental issues.

Many teens have issues with social media. A social media presence is only an addiction when it interferes with normal relationships, school, and family.

If your teen exhibits any of these behaviors and it is harming their ability to interact at school and in social settings it might be time for treatment. There are treatment centers for each of these addictions. We can help you find the one that is right for you and your teen. Call us at 800-721-8114.