With detox being the very first step in heroin addiction treatment, getting passed this first hurdle can seem overwhelming all by itself.

From there, heroin addiction treatment unfolds in steps or stages as the mind and body learn how to live everyday life on a drug-free basis. In effect, the heroin addiction treatment process enables you to face the challenges and obstacles that the recovery process brings, while developing the type of mindset needed to live life on a drug-free basis. 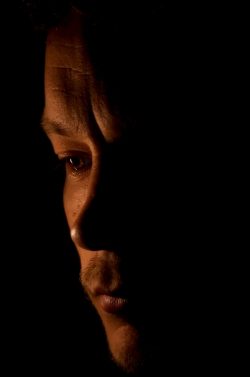 Heroin all but attacks the body through effects had on the brain’s chemical system. With regular drug use, severe chemical imbalances take root in the brain creating a heroin dependent environment. By the time a person enters heroin addiction treatment, these imbalances have become the norm, placing a person inside a perpetual cycle of withdrawal effects and drug use.

During the detox stage of heroin addiction treatment, helping a person make it through “one long withdrawal episode” becomes the focus of treatment. This may require the use of medication therapies, such as methadone or antidepressant/anti-anxiety medications in cases where other psychological disorders have developed alongside heroin addiction, according to Office of National Drug Control Policy.

While it may seem like the worst of recovery ends upon completion of detox, heroin addiction treatment doesn’t actually begin until a person enters into the psychosocial stage of treatment.

More than anything else, heroin addiction exists inside the compulsive drug-using behaviors that take over a person’s life. In effect, the mind has reached a point where it believes it needs heroin to cope with daily life, according to Journal of Addiction Science & Clinical Practice.

Unlike the body’s physical dependence, which can’t be overlooked, the more subtle psychological aftereffects of addiction can be misleading; however, the likelihood of relapse increases exponentially in the absence of needed psychosocial treatment.

If you or someone you know are considering heroin addiction treatment and have more questions, or need help finding treatment that meets your needs, please feel free to call our toll-free helpline at 800-721-8114 to speak with one of our addictions specialists.

Choosing the Best Luxury Heroin Rehab Centers for Yourself or a Loved One (Centers.com)