Of all the illicit drugs on the market, heroin may well be the one not worth trying, simply because of how powerful it can be. Opiates as a group carry a high risk for addiction, whereas heroin is incredibly addictive with some people become addicted as of their first time using the drug. 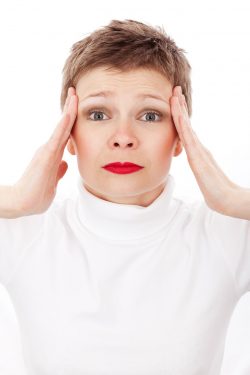 Feeling panicky when you don’t have heroin is a sign of addiction.

Heroin exists as a natural derivative of morphine, with morphine being a natural alkaloid of the opium poppy plant. Most all drugs derived from the opium plant produce analgesic effects in terms of their ability to relieve pain by depressing the body’s central nervous system functions.

According to the University of Maryland, heroin’s depressant effects play a pivotal role in developing heroin addiction as brain and central nervous system functions grow increasingly dependent on the drug to regulate the body’s processes.

As dependency grows, cells in the brain most affected by heroin undergo damage, creating a never-ending cycle of physical and psychological dependency.

Repeated heroin use eventually starts to break down the brain’s cells, more specifically neurotransmitter-producing cells. Since neurotransmitters help to regulate most all of the body’s systems, heroin effects not only interfere with neurotransmitter production processes, but also cause widespread chemical imbalances to form in the brain.

Before long, these imbalances give rise to physical discomforts or withdrawal symptoms, some of which include:

Psychological warning signs of heroin addiction develop within a person’s thinking, priorities and behaviors, according to the Wisconsin Medical Journal. In effect, psychological signs offer a good indication of how fixated a person’s mind has become on getting and using heroin.

Emotional warning signs of heroin addiction start to appear once a person has come to rely on the drug’s effects to get him or her through the day. For instance, an addict will “need” to use the drug when facing stress or pressure, such as attending family get-togethers or even before going to work. In the absence of the drug, feelings of anxiety, depression and even panic can develop in the face of upcoming pressures.

In effect, the physical, psychological and emotional warning signs of heroin addiction all work together to drive compulsive drug-using behavior, which is the cornerstone of addiction. Without needed treatment help, these signs will only worsen over time while destroying a person’s overall quality of life in the process.

If you or someone you know are showing warning signs of heroin addiction and need help finding treatment that meets your needs, please don’t hesitate to call our toll-free helpline at 800-721-8114 to speak with one of our addictions specialists.

Choosing the Best Luxury Heroin Rehab Centers for Yourself or a Loved One (Centers.com)